Exposed as I was to the weather on my walk at Southgate, I again used less exposure in these shots of the cliffs at Three Cliffs Bay on South Gower than was technically correct. However, as on previous occasions, this was deliberate and the result is definitely more realistic in terms of how it felt than if I had used the correct exposure. The result is quite Gothic in atmosphere.

The second shot is monochrome and can be seen on Leanne Cole’s Photography blog post Monochrome Madness MM 2-34.

I don’t know if photographic exposure is a thorny issue for anyone but speaking more literally, the subject of this first image is definitely thorny!

These images may seem under exposed but if they are slightly dark, that is because it was a very dark day for our Taste of Gower walk at Southgate on the Gower Peninsula. Personally I would describe the walk as exhilarating but I accept that it would not suit everyone. There was still colour to be seen on such a dark day – the Whin (or Gorse if you prefer) and the fungi to be found in the grass was a welcome break to the slate grey of the clouds and sea. 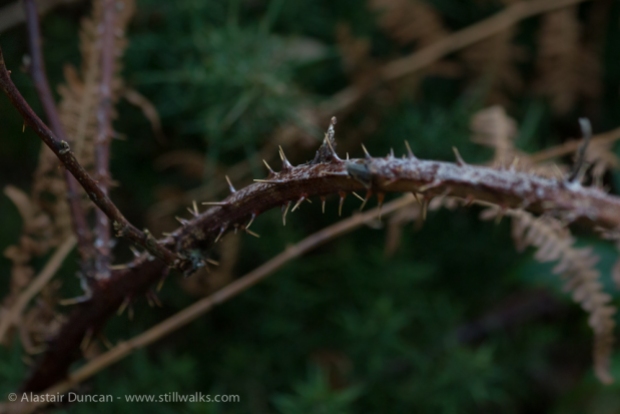 If the walkers on Rhosilli beach (see Thursday’s post) gave a true sense of the scale of the space the beach and cliffs occupy, then these photos of the remnants of a sand castle could be said to confuse scale completely.

The way the sand had slipped and created miniature cliffs and mountains fascinated me. I thought there may be an even greater sense of a larger landscape if I converted to monochrome . . . and then I wondered if over exposure and increased contrast might create the conditions for a “white out” on the “mountainside”. 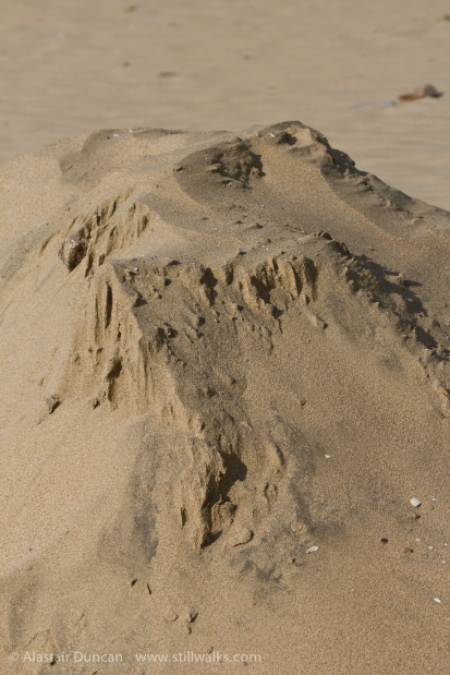 Viewing the rocks and sand ripples from above on my cliff walk at Rhosilli on the Gower peninsula revealed some fascinating patterns. I loved the complex textures of jagged rocks dotted with white gulls and the smoother flat patterns of wave platform structures seen on our way round to Fall Bay from the Worms Head.

The sand ripples may be a common pattern but I liked the subtle sunlight and shade. I thought it might be worth looking at it in black and white and in converting the image I also heightened the contrast quite a lot. The monochrome shot can be seen tomorrow on Leanne Cole’s Photography blog post Monochrome Madness 2-30. I can’t make up my mind which I prefer – subtle colour or contrasty monochrome. 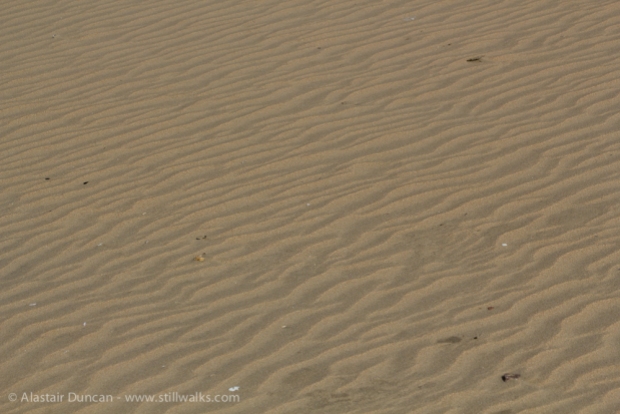 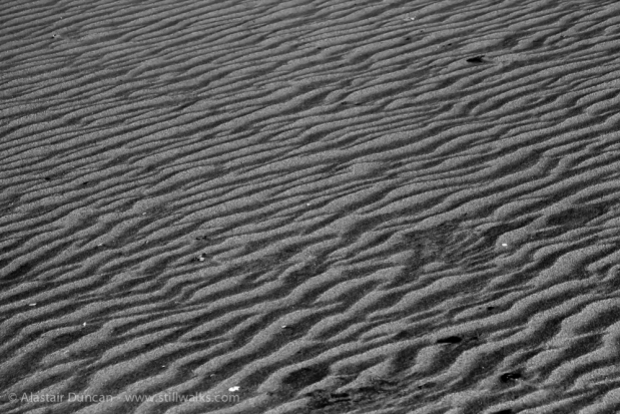 My posts this week are about a recent walk along the cliffs at the end of the Gower Peninsula.  Gower Landscapes Partnership and Swansea Walking Forum have been organising a series of walks on the Gower peninsula this year. As a member of the Walking Forum I have been taking part in these Tastes of Gower walks. The most recent was at Rhosilli where the Worm’s Head spits out into the sea.

It was a very enjoyable walk on a beautiful day. Walking out from Rhosilli to the tip of the peninsula and the Worm’s Head, we had spectacular views from the cliffs over Rhosilli Bay. People and dogs on the beach looked smaller than ants!

We didn’t venture onto the Worm’s Head, though the tide times on that day would have allowed it. The tide times are shown on a large notice at the start of the path to the Head but despite this many people get caught out and end up stranded on the island. Many of these, so I am told, are from China and don’t speak English, yet it has not occurred to the Coast Guard that has top go and fetch them by boat, to put up a similar notice in Chinese (and other languages).

The StillWalks video below is not from the place I have posting about this last week but is nearby on the Gower Peninsula. The weather forecast for the production day of this video was good – in reality it turned out as you will see in the video, more in keeping with the atmosphere of the misty hills, if not as wet and windy.

If you are looking at this in an email, please click the image below to be able to watch the video on the blog. 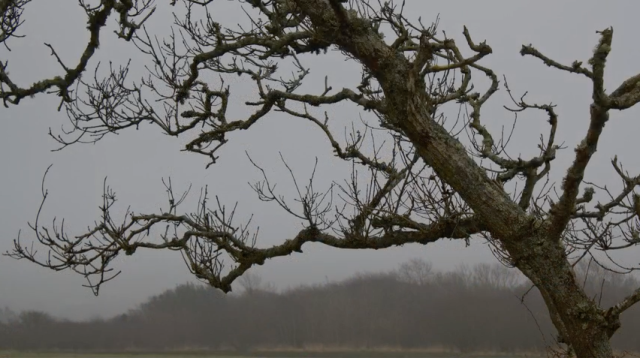 I wasn’t able to ask the ponies and I didn’t ask the people, but I like to think that they were both enjoying the sense of freedom that can be felt in places like Rhossili Bay. Whether it be on top of the Down or down in the Bay, the sense of space and freedom is the greatest attraction for me and many others.

Rhossili Down is not that high but being next to the sea means that you are able to appreciate the full scale of this feature, particularly when you look down to those tiny people on the beach below.

The view is from the top of Rhossili Down looking north west across the Loughor Estuary towards Carmarthenshire. The weather is fine (at this point) and I am enjoying a beautiful production walk for a StillWalks video which, as yet, I have not managed to complete!