My recent walks at Kidwelly in Carmarthenshire revealed to me a number of aspects of the local environment. The old canal, mudflats and birds of the Towe Estuary were among the first of my discoveries, but there were other elements of this area that contributed to the atmosphere of the place just as much as those more obvious features.

These trees had a particularly dry looking bark and colour to them along with their windblown direction of growth. These as well as the brambles and dry reeds through which the footpath led me, all contributed to my perception of the environment – one that suggested a much dryer place than could be the case.

I wonder about that apparent contradiction? Even the dampness in the cold air could not defeat the sense of a lack of water that I felt from the colours and textures around me.

For all the lack of colour in this image of the trees, there is a monochrome version of it featured on Monochrome Madness 47 at Leanne Coles Photography blog. 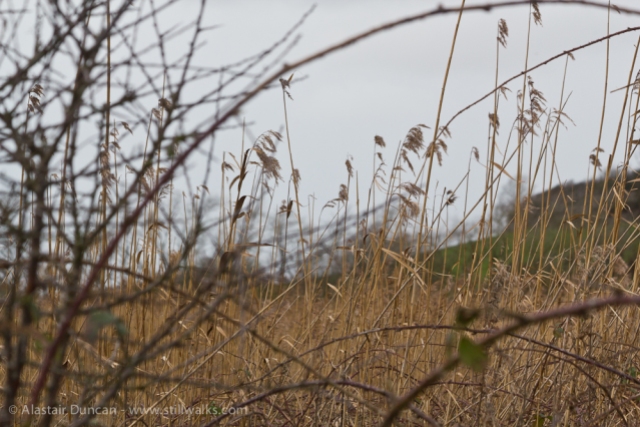 Odd thing in an odd place - broken chair. Is that

A real sign of Autumn this morning. #spiders #web